How To Write A Script For Your Web Video 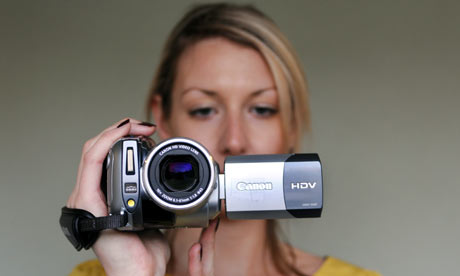 Using a video is the fastest and most convincing way to tell the story about the business. This is the reason why developing great videos for a business is vital in any marketing effort. While business marketers play various roles, videography is one that is most dreaded especially for those who are new to it.  As a newbie, you may overlook the planning phase in a rush to shoot. But the foundation of a successful video is a killer script. But just how do you write an effective video script that will create the best possible video?  Worry no more as we are about to iron out everything here.

The 3 Keys to Writing a Solid Video Script

Creating a brief will allow you and your team to develop and document answers for important questions to ensure that all those involved in creation of the video are reading the same script. It is a summary of the project goals and plan in the form of a questionnaire. The importance of starting with the brief is to ensure that the whole team makes progress at the same pace and in agreement because all were involved in developing the goals and plan. In the brief, the focus should be the goals, topic, and takeaways. There is no need to make the brief fancy, or to follow a specific formula. Instead, the questionnaire should include these key questions in order to craft an effective video script.

The brief can be created using Microsoft Word or Google Doc to facilitate revision over time because some additions or subtractions may come up when working with different video projects before the scripting and shooting.

After picking a topic, writing the script is the next step. The script does not have to be fancy. Rather, it should be functional and easy so that those on camera can convey the message while acting and sounding naturally. This can be achieved by writing in plain and conversational English.

Make the script thorough by including all the details. Apart from the dialogue, include every other detail such as the characters, costumes, scenes and stage actions. You can also differentiate the main narrative from B-Roll, text overlays, and voiceover using different formatting for each; this can facilitate an easy transition of characters and scenes during the shoot. A thorough script is also easy to hand over to someone else for shooting.

You should script every word in the document. Writing down every word in the script makes it easy to communicate the message clearly and concisely. It will also ensure that you are organized which will save time during the filming.

For easy collaboration of the team, we recommend that you use Google Docs for scripting. Google Docs will store all the history for you, just in case you need to refer to a previous version of the script. Using the comments feature, team members are also able to add their sentiments without altering the original script. You can select a team member to lead in writing the script. He or she can then invite the others to add their suggestions and thoughts using the comment feature.

It is easier to use an example when writing a script rather than starting from scratch. To help you out, you can download this Word Doc video script template we used to create this video with Wistia and use it as an example.

Once you have written your script, the next thing is to do a filming test by conducting a table read. A table read is conducting a practice on the words to see if they sound right. Get to fine tune the words and replace or do away with those that sound inappropriate for the message you aim to convey.

One final tip is to use a laptop and a chair as a teleprompter when shooting. This is to help you remember your lines without the need for a fancy teleprompter and instead using the two things you already have.